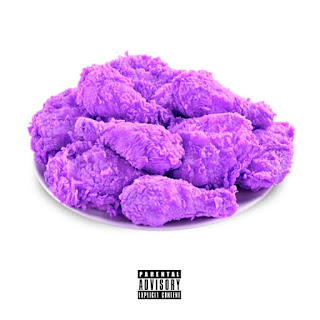 Rising North Carolina star Madison Jay releases new album with producer LD Beats "Purple Fried Chicken". Fresh off a three year hiatus Raleigh, North Carolina legend Madison Jay returns with his most creative project thus far entitled 'Purple Fried Chicken'. Cooked up entirely by NC/ATL Producer LD Beats, the County leader supplies fans with new tastes and flavors over tracks like the lead single "Adapt", "Jet Fuel", "5th Dimension", and "New Zone". After being introduced in a recording session Madison Jay and LD Beats connected on LD's Trap Fusion II compilation project which then sparked a friendship and mutual respect for each other's work. From there, work for a future project was completed. Not until coincidentally being booked for radio interviews at the same station on the same day was the title of their project 'Purple Fried Chicken' created. Enjoy this wholesome serving of ‘Purple Fried Chicken’ from the good folks at County! Enterprises and JP-8 Productions.
Posted by Jermaine McClinton at 5:07 PM