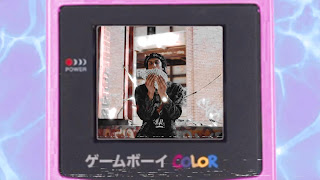 Why Cue returns with another visual off his recent project Xxotic. Last year cue hit our radar after soaring pass the million mark on Soundcloud with his single Drippin'. Now he makes an appearance with his latest visual "Lavish" directed by himself & edited by Turtle.Mov & Max Renn; Editors who recently collaborated videos for Lil Xan, Thouxanban Fauni, Steve Cannon & more. The VHS visual gives you a throwback feel mixed with banging 808's & catchy delivery which his fans go crazy for. The single is produced by Roswell Gray & is off his latest project Xxotic which went available on all digital platforms January 11th. The video takes place in an abandoned warehouse upstate New York in a grungy setting as cue raps "I'm dripped out in fendi the finest, my bezel is changing the climate" accompanied by his day one as he talks about lavish living and the finer things in life. Cue first got introduced to the world as a producer at a young age after doing production on an album (Red Flame) by Lil B. A few years prior he left producing behind to focus on his music career which lead to him having the opportunity to work with south legend Shawty Lo. Ever since he's been leaving his trail as an up & coming artist to watch in the hip-hop community. 2019 looks like it's doing him well so far.
Posted by Jermaine McClinton at 9:22 AM