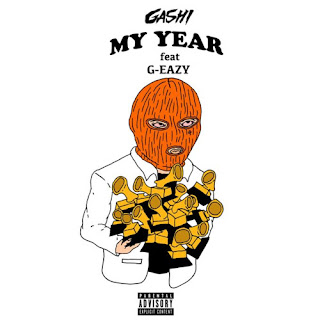 Generating over 150 million streams across all platforms, Brooklyn's own crossover superstar GASHI returns with a video for the track “My Year” featurin G-Eazy via Honesty Saves Time/RCA Records. “My Year” marks GASHI’s first time collaborating with multi-platinum selling and artist/producer label mate, G-Eazy. The track is produced by Australian producer Wax Motif and Judge (Migos, Marshmello) and has already charted top 40 on Rhythmic radio and Top 25 on Billboard Rhythmic Charts. “My Year” follows GASHI’s massive success of his latest single, “Creep On Me” ft. French Montana and DJ Snake which is currently climbing the Billboard Rhythmic and radio charts at #31. The track has been streamed over 80 million times worldwide and was featured on Spotify’s Today’s Top Hits playlist as well as met with great critical praise from the likes of Billboard, Complex, Highsnobiety, and more.
Posted by Jermaine McClinton at 12:54 PM