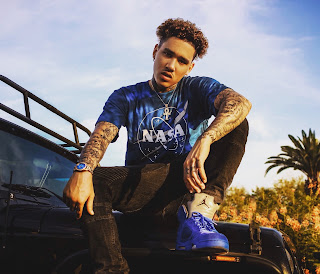 Portland R&B artist 3AM returns with more new fire after teaming up with TYuS for "Booth On Fire." Taking listeners on another psychedelic adventure, 3AM drops the official visuals for "Off A Perc" directed by Puurple, produced by PLIV, and executive produced by David Ferguson. Looking like a GQ spread, 3AM steps his game up on "Off A Perc," showing us the finer side of things of life. Sex, drugs, and soul are three words that come to mind to describe this rising star's style. With Portland, Oregon not always known for R&B, artists like 3AM, TYuS, and more are starting to redefine what the Rose City is best known for. Now available on Spotify, iTunes, Tidal, and more "Off A Perc" is just the start of what is coming from the highly prolific artist bubbling out of the Northwest. Watch the official visuals for "Off A Perc" by 3AM and be sure to tap in with him on Twitter.

3AM - Off A Perc (Official Music Video)

Posted by FVRTHERMORE at 8:21 PM