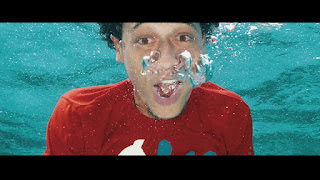 Collin Cooper, a native of Ocean Springs, Mississippi is a recording artist who began his musical journey at the age of 14. With a solid family upbringing Collin is no stranger to right and wrong but easily got tied up in the lust of the streets. Collin is most influenced musically by Drake due to his relatable style. “I want my music to be relatable to all walks of life”, stated Collin. With so many artists in the game and so many aspiring artists, Collin is one of many but his distinctive style and language put music lovers in a stance of reality with a flow. For Collin, success is determined by having the ability to take care of his family. His older brother, Chanse Cooper being his role model and his environment, including the loss of his best friend in the form of murder, has shaped his overall outlook on life and his force behind being an artist. His greatest accomplishment to date included having opened for Lil Wayne in concert. Music lovers all over can vibe to Collins music through his current released mixtapes "No Cooperation" and "No Cooperation 2".
Posted by Jermaine McClinton at 12:27 PM