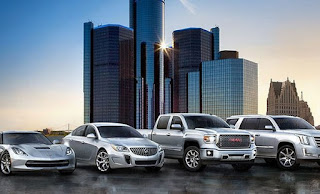 General Motors is planning to layoff at least 4,000 salaried workers in North America starting Monday ahead of the company’s fourth-quarter earnings report.

The reductions come as the largest U.S. automaker undergoes a massive restructuring announced by CEO Mary Barra in November. GM is halting production at five plants in North America and cutting 14,000 jobs as it realigns its workforce and plants to produce more electric vehicles.

Company executives want to complete as many of the layoffs as possible before the company reports its earnings Wednesday.

GM offered buyouts to 17,700 employees in North America with at least 12 years of service in November. The company was aiming for 8,000 voluntary buyouts, the company previously confirmed.

That leaves roughly 4,250 salaried workers and 6,000 hourly employees targeted for layoffs. The company said in November that half of the hourly workers were in Canada with the other half in the U.S.

The company has offered jobs to all 2,800 hourly workers affected in the U.S., and about 1,000 have accepted. The other 3,000 hourly workers located in Canada are getting help finding jobs and training.

Many of the cuts are planned at factories in the United States and Canada that make sedans and compact cars — vehicles that have not been selling well in North America, as customers turn toward trucks, sport utility vehicles and crossovers. These vehicles tend to be more profitable for automakers.

Source
Posted by Gansta Marcus at 7:33 AM