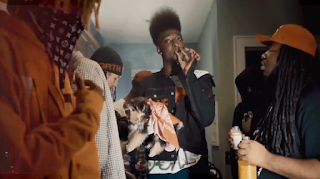 Machine Entertainment Group’s rising star, SKNY, released his new track “I Got” (Machine Entertainment Group/The Orchard) on friday. SKNY’s long-awaited single is accompanied by the premiere of the Rubin Lowe-directed official music video, premiered via WORLDSTARHIPHOP. On the new track, SKNY says, “Chase threw that beat on, shit 30-mins later we had the track done and was on to the next one. Everybody was turnt when we played it back. But the rest of the night everybody just kept saying “I got, I got”. We knew we had something that would stick in people's heads”
Posted by Jermaine McClinton at 11:25 AM