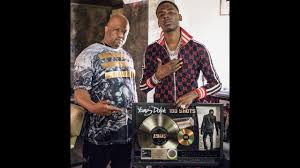 This is a memphis hip hop DJ, Rapper and a producer by the name of DJ Squeeky that's known as of a producer for Young Dolph's independent label Paper Route Empire. He is also known made hits for artists like 8 Ball & MJG, Three 6 Mafia, Gangsta Boo, Young Dolph and even  hits with Yo Gotti and now you see the first interview by Famous Animal TV.
30 Plus years in the game as one of the legends of southern hip hop to help invent the crunk era with Memphis hip hop along with artists like Playa Fly,  Criminal Maine, Tom Skeemask and more.

Until now he's the man behind the keyboards and right alongside with Young Dolph and the Paper Route label.