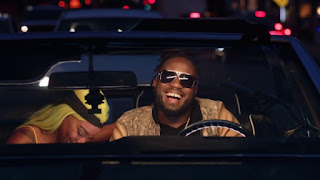 Bebe Cool is one industry legend who knows how to reinvent himself so as to say relevant to the ever changing music industry fan base. Watch the new visual video for “Wasibukawa” which loosely translates to “where do you come from.“

Bebe Cool slows it down to talk to the females but maintains the hard hitting patois lyrics so as to drive his message home on a Daddy Andre beat. He takes it a notch higher as he links with Uganda’s most celebrated visual director Sash Vybz to give the song clean visuals shot from n Los Angels, Venice beach California.

Posted by Jessithapromoter at 10:21 PM