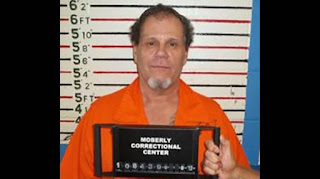 It sucks to say, but I believe I have friend who live the same lifestyle..lol. Police in Missouri recently arrested a 61-year-old man after a traffic stop and subsequent suspicious behavior on his behalf led to police searching his Chevy Suburban. Ricky Allan Martin was reportedly heading northbound on Interstate 29 when the highway patrol flagged him down. The officer requested to search Martin's vehicle which he said was rented in the "Nevada-California" area. Police grew further suspicious after his inability to provide the documentation proving when and where the vehicle was rented.

What officers found was 514 pounds of vacuum-sealed bricks of marijuana all found in the backseat of the vehicle. The 61-year-old was arrested and charged with first-degree drug trafficking and possession of a controlled substance. Martin, who was on parole after spending 13-years in prison on a robbery charge was immediately sent back to prison for violating the terms of his parole.
Posted by DJ Sippitakeover at 3:32 PM