Juelz Santana Facing Up to 20 Years in Prison 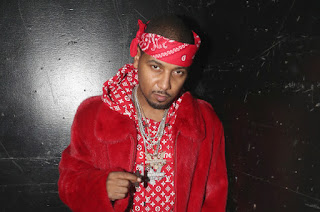 The rapper allegedly admitted that he tried to bring a gun on a flight earlier this year while in court this past Thursday (August 17). Santana reportedly pled guilty to possession of a firearm by a convicted felon along with carrying a weapon on an aircraft.

Because of that, the rapper is facing up to 20 years in prison when sentencing comes around. His date for sentencing is December 12, 2018. This news comes right after a judge pushed back Juelz Santana’s original trial date, which was set for September 4, 2018. This was done so that Santana and his legal team could work on negotiating a plea deal.

Posted by DJ Sippitakeover at 9:44 AM