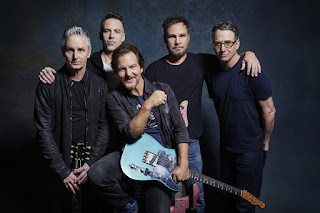 Many of you today may not have head of Pearl Jam and the music they created. Pearl Jam is an American rock band formed in 1990 in Seattle, Washington.

Pearl Jam outsold many of its contemporary alternative rock bands from the early 1990s, and is considered one of the most influential bands of the decade.

A few months after the completion of the band's debut studio album, Ten, drummer Dave Abbruzzese joined the band. Ten broke Pearl Jam into the mainstream, and became one of the best-selling alternative albums of the 1990s.

Read more »
Posted by DJ Sippitakeover at 8:26 AM No comments: 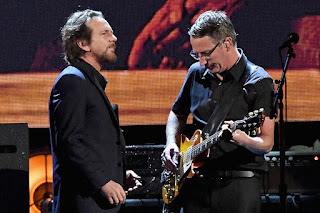 In an interview with Anne Erickson of Audio Ink Radio on Tuesday (April 6), guitarist Stone Gossard explained that the band will likely prioritize touring above recording a new project. "Pearl Jam will definitely be back," he declared. "I think we'll probably be on the road. I mean, my hope is that we'll start playing some shows in the fall or early winter. I don't know what they're gonna be or when they're gonna be, but that's my hope. And after that, we've got a lot of makeup shows to do. We've got a lot of work to do."

As for the follow-up to 2020's Gigaton, Stone said that the band is always recording, but the idea of investing in a full-length project is not on the table right now. "We're always kind of recording and doing stuff. So, it wouldn't surprise me if we did some more recording, but there's no plans as of now," he explained. "I have no idea what we're gonna do, but I'll be ready to go when I get the call."

Read more »
Posted by Gansta Marcus at 7:49 PM No comments:

What Songs Will Last A Lifetime To You? 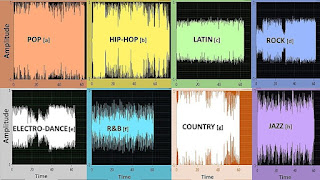 Whether you listen to rap, dance, hip-hop, techno, country, jazz, rock-n-roll, or pop music, the Wrap-Up Magazine would like to know, what song last a lifetime to you?
Nielsen Music, the industry-standard information and sales tracking sector, released a mid-year report highlighting 2020's current most popular genre. Stats reveal hip-hop as America's favorite and most influential genre, so far.
If you’re a songwriter, I would think that longevity is something you strive for when writing a tune. You want your music to live on, especially if your career doesn’t. We love the nineties. The nineties gave us grunge and gangster rap as well as (unfortunately) a cringeworthy combination of the two.
Additionally, the 1990s gave us Nirvana, Beyonce, Oasis, Pearl Jam, Beck, The Fugees, Snoop Dogg, Green Day, and Smashing Pumpkins. The following decade is when pop truly took over, followed closely behind by rap. It’s when rock started to fade a bit despite stellar offerings from Kings of Leon and Green Day.
Read more »
Posted by DJ Sippitakeover at 8:21 AM No comments:

2Pac Inducted Into Hall of Fame 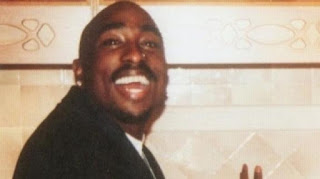 Tupac Shakur will be inducted into the Rock and Roll Hall of Fame in 2017, along with Pearl Jam, Joan Baez, Electric Light Orchestra, Journey, and Yes.

The induction ceremony will be held on April 7th, 2017, at Brooklyn's Barclays Center.

Why 2Pac Should Be In Rock N Roll Hall Of Fame

Posted by Jessithapromoter at 1:57 AM No comments: