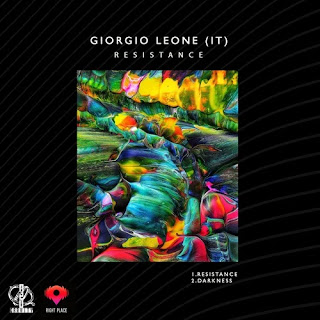 Giorgio Leone (IT) moved his first steps into the techno scene when he was still in Italy, in his hometown Catania the underground scene was booming and thanks to some of his friends which were known djs and producers he was able to get on the other side of the dj booth, where he naturally belongs.

He finally decided to move to Taiwan, a country he often visited before to decide to settle there.Taipei is where Giorgio Leone (IT) started to get the first gigs and where the local crowds started to appreciate his music.

The Italian dj quickly became known around and decided to team up with some of the  most representative and popular exponents of the underground local scene.

Darkness is a very representative track of Giorgio Leone (IT)’s style and the vibes he wants to transmit to the people.

Giorgio Leone (IT) keeps improving his reputation among the Techno lovers, better keep an eye on him, we will definitely hear more about the Italian DJ who's impressing the Taiwanese scene.

Posted by Portia Terrae at 6:04 PM