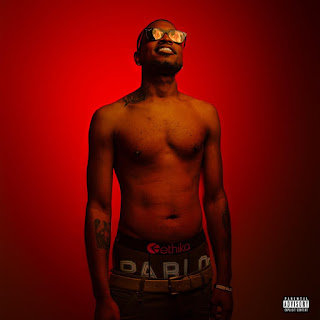 St Louis rapper Bari released the new visual for "Sosabucks" off his new project, F*@K It Burn It All Down, today. The menacing visual underscores the tracks turbulent soundscape. F*@K It Burn It All Down is available everywhere now. On the new project, the St. Louis spitter raps over complex and intoxicating production from the likes of Prodxvzn, Monte Booker, Blake Wright and more. The 18 track offering highlights resilience, ambition, and a passion for life. On the project, Bari explains, “when you’re at the crossroads of life sometimes a fresh start is needed. I had my back against the wall, coming off an uncontrollable label situation it was mandatory that I prevailed. Burn It All Down is a body of work that leaves behind what I once thought to be chains confining me. Those powers, everything holding you back, you just have to say F*@k It Burn It All Down!” At the age of three St. Louis transplant, Bari was diagnosed with Myasthenia Gravis, a neuromuscular disease-causing weakness and rapid fatigue. Two years later his parents separated, and his father moved to LA. Bari found solace in music. He remembers his mother playing Smokey Robinson, the Temptations, and California Love on repeat.
But It wasn’t until his father introduced him to JayZ that he really began to see music differently. In high school, Bari consciously flunked out. He then attended Hazelwood Central his sophomore year where he met Chris Smith Jr. aka Smino, and began making music together. The two worked on music together through college, when they attended Columbia College. In 2014, Bari moved back to St. Louis, quit his job, had his first son, and devoted himself to music full-time. Frequenting Chicago and LA to work on his craft, Bari eventually released his debut project, MSTRGLSS, in 2019, with three additional EPs and a slew of singles after that leading to his new release, F*@k It Burn It All Down.
Posted by Jermaine McClinton at 12:33 PM