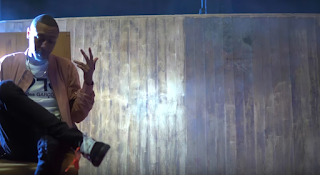 Up and coming Detroit artist, Thurgo Kush, returns with a brand new visual to his latest single, "Ain't I."

This comes in as one of Kush's final bangers of the year as he wraps up a long list of fan favorites including his well-liked projects, Crop Out, and, Juug Star; his "Can't Relate," visual; his single's, "Jake From State Farm," "Juug N Drip," and many others.

Despite being an unsuspecting victim to the pandemic as everyone else, Thurgo Kush took advantage of his time and circumstances in order to keep pushing out records and consistently blessing fans with new music.

Now he's back with the official video to his single, "Ain't I," off of his latest mixtape, Crop Out.

"I feel like people sleep on me and doubt me too, but "Ain’t I," is like a PSA reality check for those people." Kush Tells us.

Shot by Escobar Films at Space Stage Studios, Kush linked up with directors', Phil and Todd who have credits with the Migos, Future, Lil Wayne, Chance The Rapper & more. Kush's new video shows us that he's still hungry for success and isn't stopping or slowing down for anyone!

Watch the official video for, "Ain't I," below, and stream his latest project, Crop Out, here.

Posted by Portia Terrae at 6:12 PM