‘Music To Be Murdered By’ Has Sold 1 Million Units In The U.S. 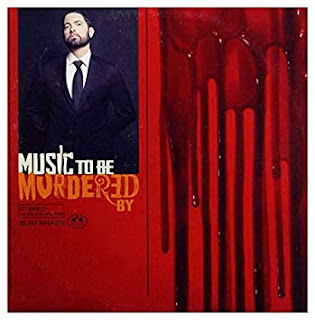 Music to Be Murdered By got off to an explosive start when it dropped without warning in January, moving 279,000 album-equivalent units in its first week. It made Eminem the first artist to debut 10 consecutive albums at No. 1 on the Billboard 200 and one of only six artists to score 10 No. 1 albums in the United States.

By crossing the million-unit mark, Music to Be Murdered By is now eligible for a platinum certification from the RIAA. With the exception of 2017’s critically panned Revival, each of Eminem’s major-label studio albums dating back to 1999’s The Slim Shady LP has gone platinum or better, with two of them—2000’s Marshall Mathers LP and 2002’s The Eminem Show—collecting diamond plaques for U.S. sales exceeding 10 million.

Music to Be Murdered By made an impressive showing on the Billboard Hot 100 as well, spawning the No. 3 hit “Godzilla,” featuring Juice WRLD. It also proved Eminem’s appetite for controversy is still very much intact. The rapper divided critics by comparing himself to the Manchester Arena bomber and poking fun at the trauma of Ariana Grande on “Unaccommodating,” and on lead single “Darkness,” he rapped from the perspective of the gunman who opened fire on the 2017 Route 91 Harvest music festival in Las Vegas.

Of course, these shock tactics are to be expected on an Eminem album, and they did nothing to hinder his sales—in fact, they likely boosted them. The results of Eminem’s formula speak for themselves: He remains the bestselling rapper of all time and the bestselling artist of the 2000s, selling over 32 million albums in the U.S. during that span. Now a quarter-century into his career, Eminem remains a commercial juggernaut, and he’s got Music to Be Murdered By’s latest sales milestone to prove it.

Eminem caught lightning in a bottle for the second time earlier this year with Music to Be Murdered By, his second consecutive surprise release to debut atop the Billboard 200 following 2018’s Kamikaze. Now, Music to Be Murdered By has crossed another major milestone, moving 1 million units in the United States.

Posted by Gansta Marcus at 1:22 AM