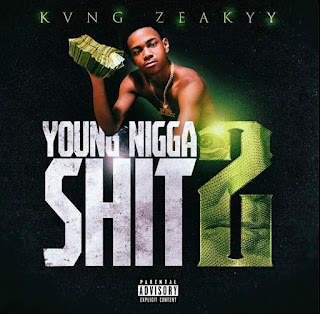 Jackson, Mississippi artist Kvng Zeakyy releases his second installment in his "Young Nigga Shit" mixtape series. "Young Nigga Shit 2" is a fourteen track project that is led by his single entitled "We Da Gang" featuring Pooh Shiesty, the only other feature comes from Babyface Ray on the record called "Keep Calling". This is Kvng Zeakyy second project release this year.
Posted by Jermaine McClinton at 5:12 PM