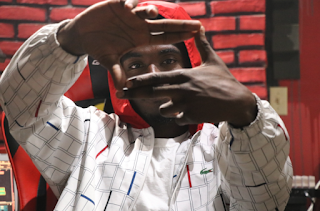 Indianapolis, Indiana based artist, Flexxboi Diggy, can't wait for his next big project which is expected to do numbers and satisfy his growing fan base!
As of now, anticipation is building for his next couple singles, "Pass the Rock," which is set for release this month, and "Same Nigga", which is set to release before the end of the year.
Influenced by hip-hop, rap, and R&B; his jazzy, bluesy tunes are a rare blend, creating a unique and refreshing sound of its own.
For Flexxboi, music means everything. It's therapeutic, and the easiest way to express himself vocally. Overcoming challenges along the way, Flexxboi's music has made its way out into the world, and he's eager for fans to hear what he's creating.
Stay tuned for, "Pass The Rock," coming soon, and in the meantime, check out Flexxboi Diggy on Spotify!

Social Media:
@flexxboidiggy
Posted by Portia Terrae at 11:08 AM