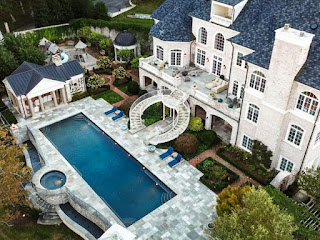 Kelly Clarkson is an American singer-songwriter, actress, author and television personality. She rose to fame in 2002, after winning the first season of American Idol, which earned her a record deal with RCA Records. Clarkson has sold over 35 million albums and 55 million singles worldwide. She has had 27 songs on the Billboard Hot 100 chart, with three number one songs and eleven in the Top 10.

Her accolades include three Grammy Awards, three MTV Video Music Awards, four American Music Awards, and two Academy of Country Music Awards. Billboard has hailed Kelly Clarkson as "one of pop music's greatest singers" and honored her with the Powerhouse Award for her vocals. Clarkson became the first artist in history to top each of Billboard's pop, adult contemporary, adult pop, country, and dance charts. She was ranked nineteenth on VH1's list of 100 Greatest Women in Music. Clarkson also ventured into film, television, and writing children's books. She currently serves as a coach on the competition series The Voice and hosts the daytime talk show The Kelly Clarkson Show.

Tour Kelly Clarkson's Stylish $7.49M Tennessee Mansion. When Kelly Clarkson isn't coaching The Voice in Los Angeles, she and husband Brandon Blackstock live in Nashville, Tennessee, most recently in a mansion on a lake in Hendersonville, Tennessee, just outside of Music City. The home is now on the market for $7.49 million. Clarkson, Blackstock, their two children and Blackstock's two children from a previous relationship began living in the Hendersonville home in 2013. The 20,121 square-foot waterfront residence was built in 2007 and was originally listed in 2017.

The mansion sits on six acres of land and boasts a saltwater pool, private dock, sand volleyball court, two spas, seven bedrooms, eleven bathrooms and a theater — scroll through to take a look inside the stunning home.

Posted by Gansta Marcus at 2:14 AM