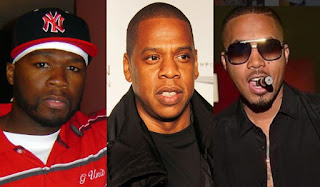 Although 50, and Jay-Z may wear the crown as kings of New York, there surrounded by a number of thriving rappers like Nas who could make the claim and not be far off.

The Big Apple can also count on Biggie, Rakim, Public Enemy, The Beastie Boys, KRS-One, Mos Def, Slick Rick, Nikki Minaj, Run-D.M.C., Mase, and Wu Tang among its influential children, and that's just the tip of the iceberg when it comes to rappers from New York.

New York spawned some of the greatest rappers. The enduring spirit of New York hip-hop is unbridled confidence, limitless audacity. New York—and the Bronx specifically—is the birthplace of hip-hop.

The birthplace of hip-hop, mecca of the universe and even “the city that never sleeps” are some of the descriptive phrases that New York City is known for. On a hot summer night in the Bronx in 1973, DJ Kool Herc changed music forever. At his sister's back-to-school party on August 11—44 years ago today—he introduced what's since become recognized as hip-hop to an extremely enthusiastic audience.

Hip hop as both a musical genre and a culture was formed during the 1970s when block parties became increasingly popular in New York City, particularly among African-American youth residing in the Bronx. So many have started liking hip-hop is because, it gave them an identity, a new way to express their identity, and new grounds in which to explore.

Rap is so popular is because its such a diverse genre. So much so that rap doesn't define all rap songs or each sub culture of it. The most present rap sub genre currently is new age or mumble rap.

Around 1970, graffiti culture started to be linked with hip-hop, a concept coined by the media to facilitate the commercialization of graffiti and other contemporary cultures. This artificial link is still seen in the media, and therefore also in the mainstream view of graffiti.

Tourists can easily trace hip-hop's roots throughout the Bronx, Brooklyn, Manhattan, Queens and Staten Island on a tour of hip-hop New York.

Atlanta was one of several cities whose artists had a timely rise. ATL separated from the pack because it made the most of its opportunity. Atlanta had a little bit of something for everyone, which is the best approach in a fragmented landscape.

Back in the day, New York hip-hop was an agglomeration economy. The close location made it easier for Damon Dash to hound Hot 97’s Funkmaster Flex to listen to Jay Z’s music. This persistence spawned a powerful relationship between the Reasonable Doubt rapper and the New York radio station. After Hov scored his first big radio play in the mid-90s, the Roc-a-Fella team capitalized on the opportunity.