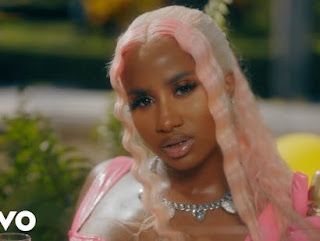 22-year old Cleveland artist, Ty Bri emerges as the next young female rapper to join the new class of female rappers with the release of her debut mixtape, "Sweet Lick." She also shares the visual for the bouncy Philly Ferrari produced cut, “Wake Up” featuring RCA label mate and XXL Freshman, Mulatto. Ty Bri also announces that she has signed with District 18 Entertainment/Capital Structure Entertainment/RCA Records. Capital Structure Entertainment is an independent label started by Quincy "Big Heff" Taylor, Duke Lewis and Rob Williams. District 18 Entertainment is the imprint under RCA Records founded by Brooklyn Johnny who is best known for developing the careers of Cardi B and Kodak Black and in this newly formed partnership he will work on building Ty Bri as the next rising star. "It's crazy, I started a year ago and now I'm getting DMs and encouragement from some of my favorite female artists." -Ty Bri said in a statement to the press. Listen to Sweet Lick, watch “Wake Up” ft. Mulatto and keep an eye out for more from Ty Bri coming soon.
Posted by Jermaine McClinton at 2:49 PM