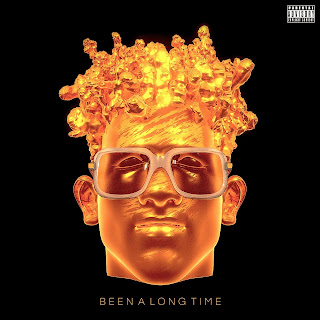 Today, 19-year-old, internet sensation DBangz has released a bold and blaring new project, Been A Long Time, via PIVTL Projects. This EP acts as a reintroduction to the rapper, declaring the start of an exciting new era. You’ll remember the humorous, quirky aesthetic that made him a viral star in 2017 when he boldly planted his feet in the rising world of meme rap. With the inclusion of previously released singles "Prove" and "Been A Long Time", along with 3 brand new tracks, the set is sure to usher the now LA-based MC into a new lane of credibility. Fully produced by Replay, the sounds bring a sense of nostalgia as the 90's era boom bap mixes with the current day trap forming a uniquely familiar vibe from start to finish. Been A Long Time is about DBangz proving himself to the world. Over the course of its five tracks, he explores the insecurities and realities of his world through his unique, multi-colored lens, creating a world for listeners to lose themselves in. DBangz says about the project, “This whole EP is a reflection of the struggle while navigating my journey, and really going against the grain on what they expect me to do.


I’ve contemplated giving up, but I earned everything that’s coming my way. This EP is only a small piece of what’s coming, I hope my fans are going to fuck with this because they’ll notice my growth from when I first started a couple of years ago till now....it’s Been A Long Time. I love y’all...Dbangz”
Posted by Jermaine McClinton at 8:33 PM