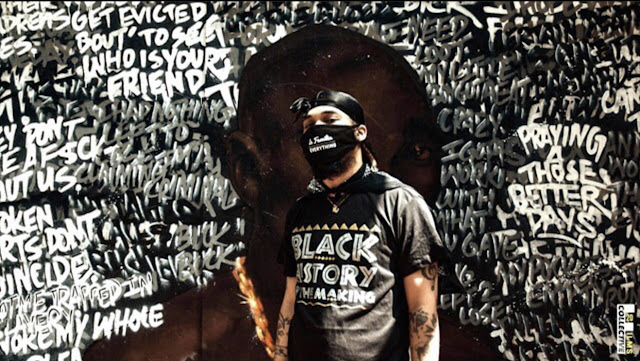 Some of the most powerful and prolific artists in Portland today team up to create the anthem to the cities protests, “Dear Portland Police”.
Swiggle Mandela’s Dear PPD features his brother Jasey Cordeta, Cool Nutz, Micah Fletcher and Anael Jeanis.
The songs powerful message is very influential with so many key people championed by the city come together. Swiggle Mandela is one of Portland’s most well known artists, known for spreading positivity and giving artists opportunities, his blood brother Jasey Cordeta is one of the most skilled MC’s in Hip Hop from Portland today. Cool Nutz is a veteran with many accolades under his belt in the music industry. Anael Jeannis is a staple in Portlands Haition community. And last but not least Micah Fletcher who’s story of heroism and activism is known far and wide.
The song is a well written work of poetry speaking on issues of police brutality that took place in Portland, as well as paying respect to people who suffer from unjust laws and law enforcement everywhere.
The music video is very controversial edgy and artistic. With images that may shock or offend people, every scene is thought provoking, and pushing boundaries of expression.
Posted by FVRTHERMORE at 4:55 PM