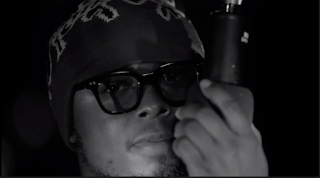 The black and white color palette perfectly underscores the boom-bat inspired feel of the Charlie Heat-produced track. “Braggadocious” is available everywhere now. With slick bars and witty wordplay, Shawn continues to prove his own as a lyrical heavyweight.


After building a local buzz in Philly under the alias Young Savage and continuing the momentum with his 20-min viral freestyle on Philadelphia's Cosmic Kev radio show leading to a BET Hip Hop Awards cypher appearance, Shawn reclaimed his own name for his latest autobiographical debut, SINK OR SWIM: A SHAWN SMITH STORY.

Known for his ferocious freestyles and slick punchlines, Smith’s forthcoming music zooms in on unapologetic, big-picture storytelling, highlighting his Southwest Philly upbringing. Providing perspective on his journey without pious intentions, Smith has carefully fostered that balance - equal parts sharp-tongued and warm-hearted - providing a refreshing perspective on the too common realities of growing up on the southwest side of Philly.

Posted by Jermaine McClinton at 2:03 PM