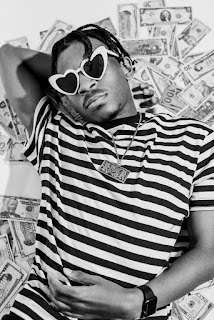 Harlem's own Jxhar drops off the smooth and soulful new single "Can't Forget U" featuring NO1-NOAH. Produced by Louis IX, of the up and coming music collective Runaway Roses, the soundscape for "Can't Forget U" gives Jxhar and NO1-NOAH a perfect amount of space for them to finesse and float on. With a euphoric and dreamlike feel, Jxhar's vocal melodies are soothing and hypnotic with NO1-NOAH adding just enough smooth talk to take this song over the top. Jxhar has been making a name for himself on the East Coast and beyond, founding Runaway Roses, designing his clothing line, and of course dropping fire music as an up and coming independent artist. With a keen ear for beats, all the production on Jxhar's music truly stands out as someone who knows exactly how he wants to come across and sound. Drawing inspiration from the greats including Andre 3000, Kanye West, and Kid Cudi - Jxhar brings an old soul to his music while still staying relevant in 2020. Teaming up with the buzzing artist NO1-NOAH who has recently featured all over Summer Walker's latest EP "Life On Earth," Jxhar definitely holds his own and shows some true star power on "Can't Forget U."

Press play on "Can't Forget U" by Jxhar featuring NO1-NOAH available now on all digital streaming platforms. Also, be sure to follow Jxhar on Instagram and Twitter to keep up with his new release.

BIO
"Raised in Harlem, Jxhar grew up listening to the sounds of artists ranging from Gwen Stefani and Adele to Ghostface Killah and Jay Z. At 16 years old, he began his journey into music, acquiring his first set of equipment and being motivated by friends like Darion Harris and Isaiah Raps. Jxhar never focuses on a specific sound, but rather his self-expression and the audience he’s creating for. Being inspired by artists like Kanye West, Andre 3000, and Kid Cudi, Jxhar admires the usage of 808s and bright chord progressions. No matter the message of an artist or the raw sound of their voice, Jxhar focuses on the sonic aspect of music more than anything. His goal is to produce content that listeners can relate to and connect with. Jxhar also founded his own music collective called "Runaway Roses". Along with his music, Jxhar has been designing clothing for a couple of years. Not only do listeners have new tracks to look forward to, but apparel as well. Jxhar isn’t here to impress anyone, but rather to cause a groundbreaking shift through his art."