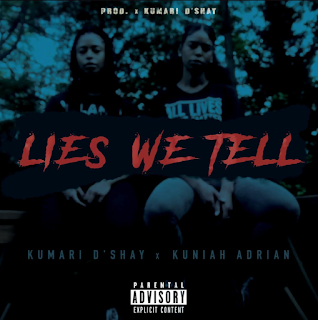 Washington, D.C. artist, Kumari, shares new single, "Lies We Tell."
This young up and coming mogul and philanthropist has her own production company, 90FOUR VISIONS, which currently features herself and other music artists that she’s produced. Her ultimate goal is to use her gifts to inspire, heal, teach and move the world.

"Lies We Tell" is a conscious creative piece by Kumari D'Shay, featuring her sister, Kuniah Adrian. The visual promotes awareness about past and present civil rights violations, police brutality and a history of injustice against black people that stems from systemic racism and the need for reform.

Watch the official, "Lies We Tell," self-directed video below!

Posted by Portia Terrae at 3:22 PM