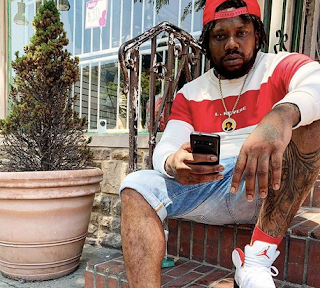 Philadelphia bred recording artist OTH is widely known for his gritty, cutthroat, and hustler anthem pen. Today he hits our pages to share his new single “Diamonds” which features rap artists Maino and Jayo. OTH never fails to deliver a quality soundtrack for the streets. In this offering, this is a smooth and rich record that shares OTH’s reflection of coming from nothing.

Coming from the Philly streets, he found himself between hustling, short stints in and out of jail, and managing artists. His career path would start and stop due to life struggles and incarcerations, which could have broken him, but he always returned to his passion which is music. With all bets on himself, this break-out solo street artist is already well-known underground for his authentic raw sound, and even won an award at NY’s Underground Music Awards.

OTH is not ready to say he made it yet, but he sure is on his way! Ready to make his mark, he quickly formed alliances with underground artists and a relationship with the late Fred the Godson, led to an introduction and collaboration with Maino and Jayo on his record OTH.

The record is reminiscent of the 90’s street vibe and a sure banger.