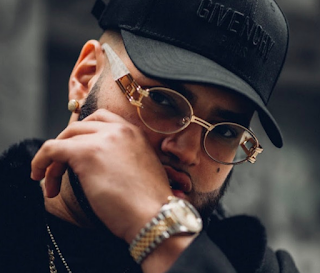 Today we want to introduce you to NYC recording artist Ninety. He recently released his project
on 6/26 titled Truth Be Told. The project is packed with songs from Sheek Louch (The Lox), Chris Streets (So Raspy), and also includes notable production from Joe from YO ( A Boogie wit the hoodie), Hit Maka Dot (Dave East & Casanova) and many more. The project has been gaining traction amongst music lovers and had a BET world premiere video with the track “Open Bar.”

Sharing the birthplace and carrying the name as a homage to the Golden era of hip-hop, Bronx
native NINETY is the rebirth of genuine East Coast Hip Hop. Refreshing rhyme skills layered
with social messages delivered with ease and listenability, NINETY bridges the gap of traditional
lyricism and contemporary hook-driven productions. On the other hand, NINETY is a self-made
businessman and entrepreneur as well. He recently opened Truth Be Told NYC, a recording
studio in the Bronx NY. NINETY is the well-rounded representation of the millennial artist, his
presence commands attention, his performance exudes confidence, and his personable
character appeals to all generations.
Posted by FVRTHERMORE at 1:52 PM