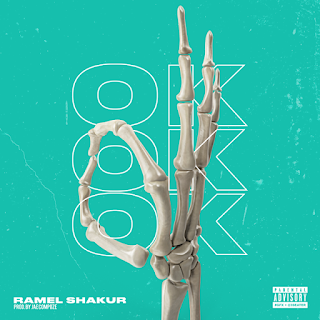 Ramel Shakur releases his new video for the single, "OK." Based on a true events, this single takes you through the eyes of one of North Carolina's most promising up-and-coming talents. With an uncanny ability to flip his words, Ramel Shakur continues with North Carolina's onslaught of the game after artists like Da Baby and J Cole have recently shed new light on the "Tar Heel State" "I started rapping with big cuz and it eventually became a passion of mine," Ramel Shakur said of his passion for rapping. "Its tough trying to make it out of Greensboro, I ain't gonna lie. It has its pros and cons and the city is just like any place with crabs in a bucket. We could probably be a Mecca of music if we came together, but right now its a little bit separated. Having Da Baby and J Cole's Dreamville, its really put a spotlight on us here and we have an opportunity to show the world what we got in Carolina. Ramel Shakur has been through it all when it comes to the music game just like his song "OK" describes. Combining real life in his raps, Ramel Shakur is giving fans a raw take on his life. Ok is based on true events and I had to take the time and broadcast it. I was just venting when I made it based on a true story, paid $500 like the chorus said. I was expecting one thing and got something totally different," Ramel Shakur said. "I have a one of a kind sound, I have some R&B, some rap and it's just a little bit of this and that - it's just feel good music. I've always had some of the R&B sound and now I have a few records that I put together that are really going to take off. Following up his album Made For This, Ramel looked back and reflected on the project thats really put him on the map the last few years. "Before I quit my job to do music full time, I wrote the project Made For This. I was trying to get myself together and it was just me trying to figure out what I wanted to do. On top of that I have my series where every Monday I drops a song. Right now I"m on week 152, so we are approaching 3 years of a song every week.
Posted by Jermaine McClinton at 1:09 PM