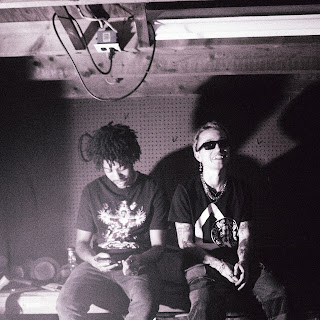 Cleveland, Ohio's own DJ TopGun connects with Zelly Ocho for his debut release titled "Don't Matter." Blending genres on his new single, TopGun mixes Hip Hop with Electronic style production to make for a neck-breaking track topped off with a slick verse Zelly Ocho. Bass-heavy and trap-influenced at first, DJ Top gun throws a curveball at the 1-minute mark turning things up to high tempo dance party. After first produced as just a straight forward rap song, Top Gun added more elements to "Don't Matter" including banging 808s and a quick electronic drop. Zelly Ocho brings his lightly auto-tune vocals and swaggy energy to track, certifying "Don't Matter" An impressive release for his debut track, DJ Topgun has called Los Angeles and Pittsburg home as well as Cleveland all adding to his musical journey. Press play on "Don't Matter" by DJ Topgun featuring Zelly Ocho available now on all digital streaming platforms, and be sure to tap in with Topgun and Zelly Ocho on Twitter.

Posted by FVRTHERMORE at 1:00 AM