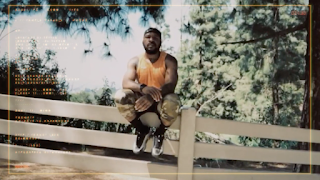 Well-versed Producer, Cam Wallace, releases video for his newest single ‘Right Quick’ giving it a cool alternative hip hop vibe as he’s talking about his come up as a producer. Cam explains the song in this lyric “I ain’t used to have nothing, it didn’t make no sense, making 20 beats a day trying to save up for the rent” adding that it’s speaking to the moment where he realized that he has to pull himself up and get it but also seeing it before it happens and manifesting it. As he describes “3rd eye glow, I don’t need vision.” Look out for his debut album ‘The Book of Gemini,’ to release soon! Cam's array of influence and creative experimentation in addition to his relentless determination, preparation, and overall passion for music resulted in Cam scoring one of Beyonce’s most memorable records “Upgrade U.” Since Cam’s very first placement with Beyonce, he went on to produce records for chart-topping artists such as Jeezy, Ciara, B.o.B, Omarion, and Sevyn Streeter. Most recently Chris Brown and Slim Thug.
Posted by Jermaine McClinton at 11:40 AM