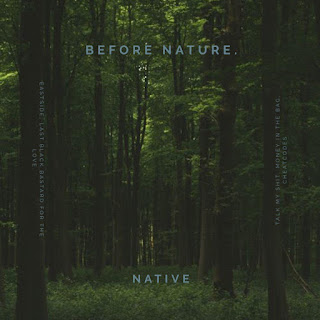 Native is back with his "Before Nature" EP to kick off 2020. After making the name switch from Penjamin Lane last year, the uber talented artist makes things official with this being the first official release under his new name. It's considered a bit of an appetizer for his upcoming album which is set to drop later in the year.


Features on the set come from Trap Traviii and Zoolie. At just 5 songs and 12 minutes long it's a smooth listen for all.

Posted by Jermaine McClinton at 12:37 PM