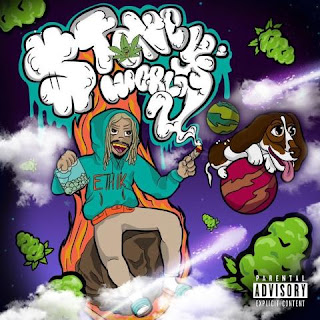 412 representer $toney continues the push of his recently released sequel project titled, $toney's World Vol. 2. Emblazoned with 13 new tracks and features from Shooter Duff, Doe Boy, Ligiee, Fedd the God, Pk Delay and Jkj it's clear $toney is ready to put the "Steel City" on his back once again.

"I was really just aiming for something that is high energy and that is really charismatic that you can really play every track, like this an album to be played front to back and it doesn't miss a step or drop off. My goal was to really create a cohesive project where you never know what your favorite song might be," $toney said.


Fresh off a nationwide tour with Asian Da Brat formerly known as Asian Doll that hit over 20 cities, $toney gained a host of fans across the country as the opening act on packed tour. From the fan favorites like "2 Phones" and "Counterfeit," from his project Blood on My Heart to his most recent singles like “Blow It” and "BRB," the crowds reaction to his music was priceless as he put that understanding of the fan's reactions into his new music. "The $toney sound definitely has trap elements to it, I just want to be entertaining and I really thought a lot about how these songs translate on stage by just keeping the performance aspect in mind when I record," $toney added.

"With this project different people like different songs, I thought it was really cool to see the reaction by the fans and knowing the songs they gravitated towards. Some like the intro, some like the end of the project, there's something on there for everyone." Featuring a detailed, cloudy-smoked out cartoon drawing for the Stoney's World Vol. 2 album art, $toney even went as far as to include his pet dog floating through the air on cloud of smoke.

"The artwork is the reason why the project got pushed back, but this is the quality I was looking for. I really wanted to give the fans something entertaining, but I wanted to do that by giving them something that reflects who I am and represents what Stoney's world could be to someone on the outside. It's got my puppy, the weed and a few small things that make me unique," $toney said.

Posted by Jermaine McClinton at 1:40 PM