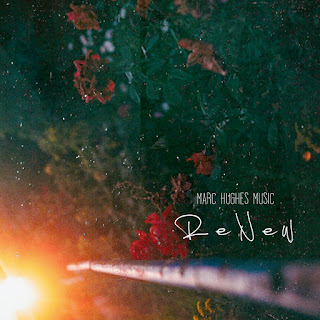 One thing that has always been deeply rooted in southern culture is a love of God and the church. From the biggest cities to the smallest of towns there is always one common thing in the deep south, people go to church. This being said, Moss Point, Mississippi native singer and songwriter Marc Hughes Music is no different. In regards to his upbringing in the church and how it introduced him to music he stated the following: "My first introduction to God and to church, was through my grandmother, Ms. Lee Ruth Knight. Through her, I learned that God created me, he loved me and he wanted the best for me.

Through her and my church, Shiloh Missionary Baptist Church in Moss Point, I learned that I liked the choir and being a part of the choir. I joined the choir and sang all the time. I was also assigned solos by my choir director, Ms. Niecy Pierce. One day after church at around age 9, l lost my voice. I thought I lost my voice due to doing something that did not please God. I went into my room and cried and prayed to God, while repeating the words, ‘Renew Me Renew Me.’, over and over again.


Then I started singing, ‘Renew Me, Renew Me’ with a sore throat and raspy voice for 30 or more minutes straight. Suddenly, my voice just began to come back and I just remember shedding tears of thankfulness that God had “renewed” my voice and gave me a song." This determination and devotion to God developed as a child would not leave Marc Hughes as he grew into adulthood. As Marc states, "I was going through a situation recently that caused me to call back to the Lord, this reminded me of that moment as a child and prompted me to formally craft the song." What came to fruition was his latest single, a powerful piece of music that see's Marc Hughes in full devotional form in calling for the Lord to renew him. Helping Marc Hughes in bringing his vision to life is Mississippi producer and rangeful musician Kelvin McMorris. Credit goes to him for collaborating in the musical arrangements. 5 Weeks engineers the record to perfection, with Nicki Goldsmith polishing the track off with vocal arrangement assistance. Together they make a masterful record that is set to catch on and inspire many. Marc Hughes' initial foray into music as a solo act came with the 2016 R&B album "I Am Marc".

The album was widely acclaimed with honors including multiple nominations at the 2016 GANSPA Awards. In asking what prompted him to move back to his gospel roots Marc could only give the credit to one special lady in his heart, "I wanted to pay tribute to my grandmother and her love of Christ." Marc Hughes does just that on "Renew", which is available on all streaming platforms worldwide now.

Posted by Jermaine McClinton at 12:03 PM