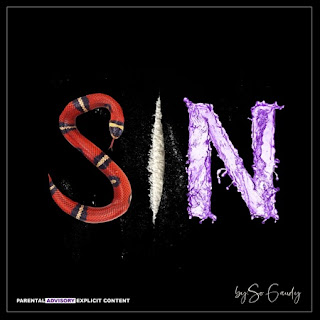 Las Vegas rapper So Gaudy releases his highly anticipated project SIN, featuring the lead singles, "Day & Night," "Birthday" and "Run Run." Once again the West Coast based rapper has proven that he has no quit in his relentless pursuit of musical success after a near fatal accident left him unable to walk. From fighting past near paralysis due to a car accident, to owning and operating his own studio in Las Vegas, this Sin City rapper has steadily grown his fan base without the help of no major investor or label backing him. With the release of “On My Own” this past Summer, So Gaudy added to his growing buzz on social media and blog sites where he has been featured. In recent years So Gaudy has graced the pages of The Source, AllHipHop, Boi-1da, SOHH, Respect-Mag, Dirty-Glove, and TrapsNTrunks to name a few, earning the respect of his peer and media. “I’ve been working my ass off the past few months and I got a new song coming out soon with Ponce DeLeioun and a couple of other artists, I’m just consistently dropping videos and trying to put my foot on the industry’s neck,” So Gaudy said. "The new album is crazy, it’s mainly produced by 44. We took our time and recorded 30 songs and then cut it back to about 8 songs. We may make it 10 songs, but they all were produced by 44. My music ain’t made for one type of person, it’s just made for the youth man. It’s turn up, it’s a feeling, it’s roll up, it’s pain, it’s happiness and it’s music for the youth that’s dealing with what’s going on today in 2019 and onto 2020.” To date So Gaudy has been fortunate enough to work with a host of artists including; Soulja Boy, Strick (YSL Records), Kyle Massey, Ponce DeLeioun, and more. In addition So Gaudy is happy to announce that he has recently teamed up with Swisher Sweets for their Artist Project Initiative. As part of the Artist Project Initiative, So Gaudy will partner with Swisher to “elevate the culture and spread the #sweetlife" as an ambassador for the brand. “The Swisher situation is a great opportunity that was put in my lap. They have an influencer component to what they do and I was someone they were looking into. I have a lot of connections with them, and my video director had partnered up with them too so it was something that just came full circle. I had my business manager review the situation and we got the deal done,” So Gaudy explained. Coupled with his Las Vegas based studio that has recorded a host of artists just off the strip, So Gaudy has developed a sustainable music business amidst the chaos and wild nightlife of Las Vegas that he raps about and has experienced since his early teenage years.
Posted by Jermaine McClinton at 3:57 PM