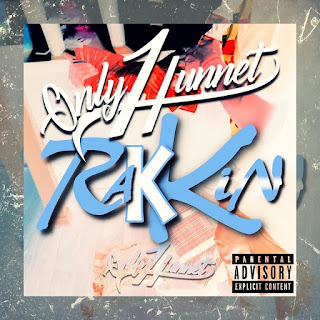 A lot of us don't rely on news sources like Fox and CNN to find out what the temperature of the streets are, for that we have artist like Only1Hunnet to look to for that. The Michigan artist album entitled "Rakkin" runs for forty minutes but it's an easy forty filled with hard trap beats, smooth melodies and straight bars when it's called for. Keeping it light on the features he only has a handful from artist such as Tank Baby, Neighborhood and label mate Dre Mac. Each artist held their own against the featured artist. The album talks about things from the street life we all know but he also gets deeper on songs like "Goons" for example when he states that his son gets mad when ever he grabs his jacket. This is real rap, real emotions. Get with it. It also features his single entitled "Light Green", make sure you check out that official music video on YouTube.
Posted by Jermaine McClinton at 3:40 PM