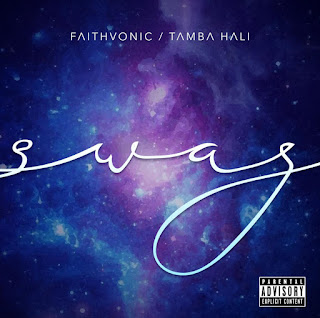 Liberian-born recording artist and former Kansas City Linebacker, Tamba Hali, released the latest Relumae Records single “Swag” from Liberian superstar Faithvonic featuring Tamba Hali. The Masterkraft-produced track finds Tamba and Faithvonic vibing to the heavily percussive Afrobeat soundscape. The video which had its broadcast premiere with BET International, beautifully captures the country of Liberia, as almost all of Tamba’s videos do. “Swag” is the second single from Tamba’s upcoming project LIBERIA, a compilation featuring entirely Liberian artists, released via Relumae Records. “Swag” is available everywhere now. On the new track, Tamba says: "I’ve never worked with such a talented individual like Faithvonic, she’s very artistic from her wardrobe to her music, and I love her ambition about philanthropic work. I was excited to be working with her the entire time, going around different radio station in Liberia promoting the music. I believe people will start to take notice of Liberian music because it has a distinct taste and it sets itself apart from the entire Africa, because of how the language is spoken.” ““Swag” comes fresh off the heels of “Latido,” the first new single from Tamba Hali since the release of his beautifully shot “Girl Like U” video. Shot in Liberia, the video cinematically captures the countries captivating beaches. Through working with Liberian artists on the upcoming Relumae Records EP, and continuing to shoot videos in Liberia, Tamba is aiding in the reinvigoration of the Liberian economy and its arts community one collaboration at a time.
Posted by Jermaine McClinton at 11:28 AM