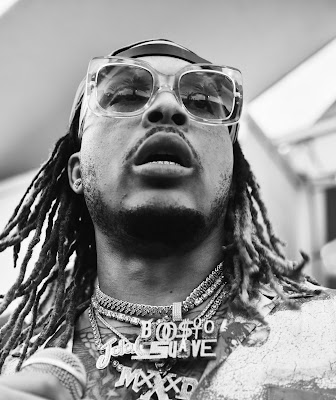 Houston Rapper JDaGr8 links up with one of the hottest artists in the game, NBA Youngboy, for the raw single "Can I Trust You." Separating the real from the fake, JDaGr8 reps H-Town impeccably in his music delivering chilling bars and flexing his hook writing abilities as well. NBA Youngboy shines like only he can, coming in flawlessly with his lightly auto-tuned vocals. Knowing who to keep around and who to trust is one of the main problems for an up and coming star but these two artists break down this conflict vividly on "Can I Trust You." Showing real emotion in his lyrics it's easy to hear JDaGr8 has been through some things in his life and uses music as the main force to get out the pain. Doing numbers in his city and state all while being on the brink of international success, the sky's the limit for JDaGr8 with more new music on deck including his new project TillWeAllRich available now on Spotify, Apple Music, and more. Also, check out the in-depth interview with J Prince JR on Adam22's "No Jumper Podcast" featuring JDaGr8 as they talk about the future of Rap A Lot Records and plans of working in music together.

Hit play on "Can I Trust You" featuring NBA Youngboy and tap in with JDaGr8 on Twitter!