Conway The Machine, Benny The Butcher and Westside Gunn drop, "Tito's Back" 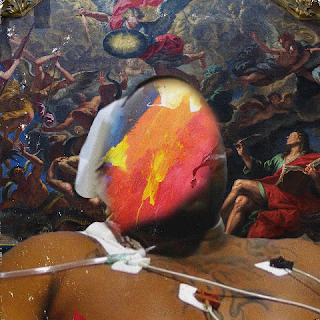 Griselda’s (Conway The Machine, Benny The Butcher & Westside Gunn) rise, both collectively and individually is palpable.  From their inauspicious Buffalo roots, to signing with Eminem and Shady Records, the Griselda juggernaut has created a real and sustaining moment.  That movement is unified, authentic, raw, unfiltered, vivid and raw.  And there is no disputing that a real street ethos exists; one that has taken the music industry by storm.

Over the three volumes of his Everybody Is F.O.O.D. franchise, Conway’s credo has been you’ve got to eat what you kill and that’s how you get to where you’re going.  Nothing personal, nothing friendly and no handshakes.  Cold and calculated; that’s The Machine.

While we await Griselda to unleash their forthcoming group project for Shady Records (What Would Chine Gun Dowhich will be released in September) and Conway’s solo project for Shady Records (God Don’t Make Mistakes, which will be released in October and features the lead-single “Bang!” featuring Eminem), today Conway announces his prelude project, Look What I Became…, which will be released by Griselda Records and is executive produced by Westside Gunn.  To formally announce the project, Conway grabbed his Griselda brothers to join him on the projects lead-single, “Tito’s Back,” which is also produced by Griselda mainstay Daringer.

“Look What I Became… is an appetizer before God Don’t Mistakes.  I’m just staying on fire and keeping the streets feed and satisfied.  I’m painting pictures” Conway confidently asserted.  “I came from the bottom, from nothing, and now I’m on a major label and making music with Eminem.  This project is a blueprint of that.  “Tito’s Back” is one of my favorites on the album.  It’s always dope to have the original four members (including Daringer) of Griselda all in the same room making fire.  Look What I Became... is an incredible project and body of work and one of my favorite’s I’ve recorded thus far.  I trust Westside’s vision and process to bring everything together how I want to be presented. A nugget ain’t a nugget until it’s dipped in sauce.  His flavor puts it over the top.”

Look What I Became… will be released on 9-13-19 and features guest appearances and production from Benny The Butcher, Westside Gunn, Dave East, Jim Jones, Alchemist, Statik Selektah, DJ Muggs and Daringer.