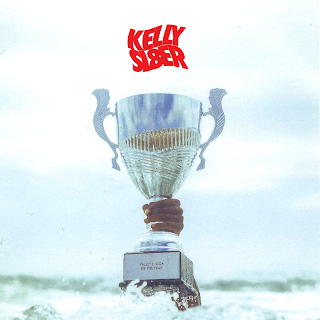 San Fernando Valley rapper Skinny Million$ releases his album dubbed, Kelly Sl8er. The project is Skinny Million$ third release overall and his debut effort with Los Angeles based record label, VerySpecial Music. Skinny Million$ grew up in a musical family and always knew that rap music was his path to realizing his life's goals. Inspired by watching his older brother get a record deal, while also participating in choir and other musical outlets as a youth, Skinny began to write his first raps around the age of 8 years old. The Kelly Sl8er project is a culmination of his life since then and looking forward with his Valley Waves movement . “This Kelly Sl8er project is a project that’s been accumulating my whole life. Even though this is my 3rd project that's how I feel. It’s fully produced by Mitchell Dolphin and I believe it shows my growth. It’s about being my own style and it’s about me being the best at what I do. Kelly Slater is the best at what he does, he’s the Tony Hawk of surfing. My shit is water based too, with the Valley Waves we’ve been pushing,” SkinnyMillion$ explained. “From my section I feel like I’m the best at what I do. Me and Mitchell have been working for a few years on this sound. It sounds like the end of Summer vibes and it's all about flexing on everything that’s not you. It's about having a good time and being your own person at the end of the day.” Growing up just 30 minutes from Los Angeles city limits, Skinny Million$ was bred in Pacoima in the eastern part of the San Fernando Valley where skating, graffiti and street culture are paramount. Rather than growing up around the stereotypical Valley teens fixated on the malls and a preppy lifestyle, Skinny Million$ grew up experiencing a wide range of cultures, which ultimately influenced his music. "A big part of my story or struggle is being an artist from the Valley because we are in LA County, but people from LA city, treat us like we’re outsiders. Like, ‘Oh you not from LA.’ Which is true because we are like 30 minutes away, but we’re in the same area,” SkinnyMillion$ explained.. “So I created the Valley Wave to show people how we get it out here. No matter what - we can do what we want. We don’t have to sound like LA, but we are still a part of this shit because we in the city, we part of this shit. I’m from Pacoima, East Valley, it don’t look like Porter Ranch, Woodland Hills, Northridge, but they still call it the Valley. On my side its more skate culture, tagging, street culture. That's why I’m cool with all the Hispanics and Cholos and all that. I really want to show the culture of the Valley in my videos and how you can be one nigga and just soak up game from so many different cultures. There’s so much to do out here, you just have to tap in.” Led by his music video for the track “Hol' Up Wait” Skinny and VerySpecial Music have made a push this Summer that will not only put SkinnyMillion$ on the map on the LA scene, but as a whole the project Kelly Sl8er puts a stamp on a new era of “Valley” culture by bringing awareness to the reality of living in all parts of the San Fernando Valley. “Hol Up Wait came out very crispy and it had all my niggas in it. Nine times out of ten it’s hard to get all of your niggas together in one spot and we actually did it. That shit came out very crispy and it really set the tone for me really putting my foot out there for the Valley in the industry. Im basically letting people know I'm fucking with Very Special Music Group. That was our first really big release so that video is a big deal for me.”
Posted by Jermaine McClinton at 3:05 PM