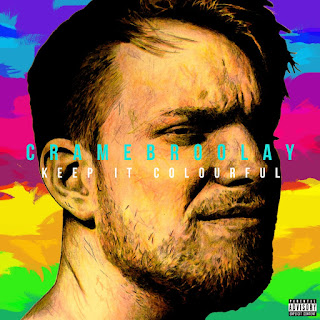 Cramebroolay has been working on his debut album for the past 5 years. After much creative self-discovery and growth, he presents a project centered around the concepts of adding to and appreciating already existing value in any given scenario. He was raised in a very conservative and religious upbringing, and this album serves as a love letter to embracing racial unity in the face of hatred and embracing his own path. He speaks on questioning preconceived notions about the world and belief itself, as well as climate change, empathy, self-love and respect. Positivity and embracing life and all it has to offer, while straddling the line between discussing ideas and preaching, are a huge part of what makes 'Keep It Colourful' great.

Watch "Blurs Of Colour" below!