Jamel Deon - "Get Your Hustle On" | @Jamel_Deon 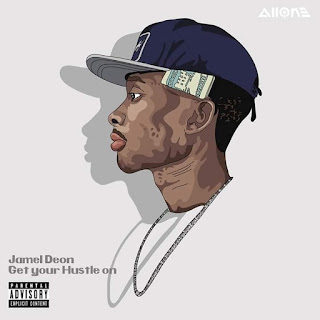 Arizona rapper Jamel Deon has just released his new single, "Get Your Hustle On". The 2 and half minute long track speaks as both a motivational speech and a blueprint on getting busy. Throughout the song, Jamel preaches not only hustling for yourself but hustling for the people around you as well. Keeping with the ideology that your circle is only as strong as the weakest member. JD also talks about not only mastering your hustle but having the fortitude to brush yourself off and get it back even after a setback. The themes discussed throughout this record can be applied to anything you're doing in life. Jamel Deon is not only a rising upcoming rapper but is also a college graduate who knows a little something about putting in the work to get what you want. Check out the single, "Get Your Hustle On" below via Spotify.