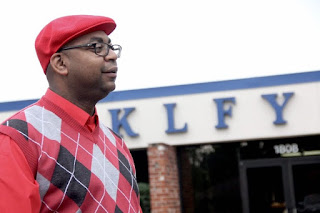 V-LO The Maestro has been putting in much work over the years. The Washington, Louisiana native has shined on tracks alongside Kevin Gates, Young Buck, Just Brittany, and many more artists accumulating streams in the hundred thousands. More recently he made his first appearance on BET with his “Can’t Phase Me” video. As things continue to look up for the MC we are happy to help announce his partnership with Roc Nation’s Equity Distribution, an entity that works with names such as Tiny Harris, Jadakiss, Chanel West Coast, Vado, Jaz-O and many more. Equity Distribution has become world renown for their alignment with Jay Z’s own Roc Nation imprint. Having a company with the power of Roc Nation backing you, particularly while still being able to move as a largely independent artist, is a great look. As far as how V-LO, also known as Vernon Wiggins, feels about the new deal he states the following: “Its amazing to be releasing my next album with them. I’m so excited about this. This gives me the opportunity to grow even more and it really gives me a chance to showcase my talents on an even bigger stage. I’ve worked very hard my whole career. I’ve made hit records with many notable names in this industry. I’ve been waiting for this new beginning for a long time.” As V-LO The Maestro steps into this next chapter it’ll be quite interesting to see it unfold. He has done a fine job of bringing his unapologetically Southern sound to the masses on his own. To watch him flourish with Roc Nation’s Equity Distribution, a company recently getting coverage in top publications like Complex, OnSmash and Variety will be a real treat. President of the company Krystian Santini states they are heavily focused on breaking artists and this gives them yet another chance to do so.
Posted by Jermaine McClinton at 8:31 PM