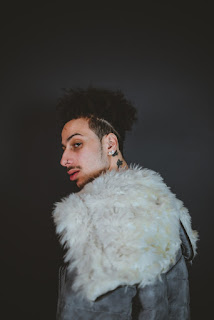 Keith Canva$ is Portland's original emo lit lovechild, thriving in the intersection of relationships and strip clubs. He's there for fans at their highest highs and lowest lows. With only 3 prior releases, Keith's musical promise and talent are already undeniable. Having previously collaborated with Famous Dex, $teven Cannon, Croosh, and T $poon, fans should expect a bright future from this rising star. Already known for his high-energy performances and incredible stage presence, Canva$ regularly sells out local shows and has also taken his antics to sets at SXSW and Rolling Loud LA. In addition, Keith joined Marty Grimes on The Cold Pizza Tour and shared the stage with Lil Xan and Waka Flocka.