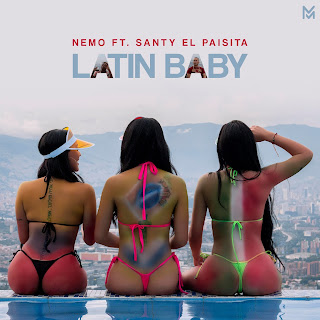 Kanas City, Missouri native “NEMO” steps onto the scene with his debut Latin inspired single “Latin Baby” Featuring Santy El Paisita. Produced by DCQ Beatz the single is also accompanied by the official music video which was shot in an undisclosed location in Colombia. The singer, rapper and songwriter is expected to release his forthcoming single “Marica” which will appear on his EP “For The Love Of Music”.
Posted by Jermaine McClinton at 12:02 PM