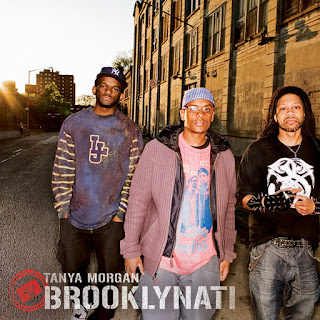 It’s been ten-years since Tanya Morgan gave their fans a proverbial ‘key to the city’ by way of their album Brooklynati and in commemoration of this milestone, HipNOTT Records is pressing the album to vinyl for the first time ever.

5-12-19 marked the tenth anniversary of the album’s release which features Phonte, Blu and their fellow Lessondary members.  The album has now been remastered and issued on double transparent red vinyl and will be released on 5-24-19.  The release is also limited to 300 pieces. The remastered vinyl collector’s edition also includes unreleased material.

Listen to the unreleased remix for Tanya Morgan’s “So Damn Down” (produced by Keelay & Zaire):