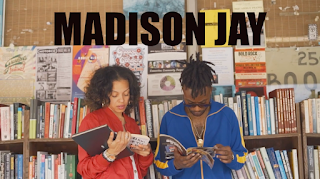 What better way to announce a new album than with a new visual freestyle and from one of North Carolina's budding Artist Madison Jay! If you may remember Madison dropped the first ‘FTA Freestyle’ at the top of last year but drops a video included for his second installment over Travis Scott “Purple & Green instrumental”. Madison announces the follow up to his classic ‘Return Of The Gap’ album with the release of ‘Purple Fried Chicken’ alongside Producer LD Beats this summer. Video shot by KD Visuals at The Reader’s Corner on North Carolina State campus in West Raleigh, North Carolina.
Posted by Jermaine McClinton at 3:31 PM