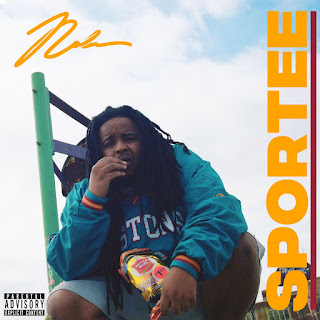 Detroit emcee and producer Nolan The Ninja has been steadily gaining momentum over the course of 2018 and into the start of this new year. Nolan is one of the nicest new lyricists to look out for so his affiliation with Mello Music Group should come as no surprise.

This Friday, April 19th, Nolan is set to release his brand new project titled, Sportee, which boasts guests appearance from Chuck Inglish, T3, and Kooley High. Just days before this new album Nolan The Ninja has hit us with the brand new video for his track, "Oranges", which is also off of, Sportee.

The new video shows Nolan in an array of weird yet vibrant scenes that range from Nolan wearing a huge Orange costume to him standing in a candle-lit room with a godly deity while holding an orange in his hand. The entire time Nolan is spitting some super-lyrical heat over an a simple but mesmerizing beat.

For those in the know, I know everyone is excited for the drop this friday. If you ain't aware yet then check out the video for "Oranges" below and get tuned in.