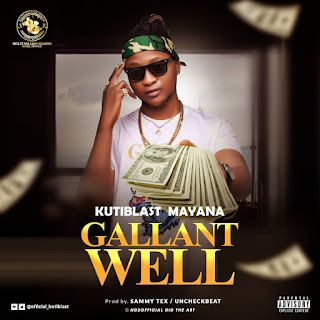 Olasunkanmi kuti has released his single “Gallant well”. The 26 year old who is also known as Kutiblast Mayana sings in a blend of Yoruba and pidgin English.

The foundation sponsored Kuti Mayana who was an orphan from the age of two, kuti mayana graduated as a music art from the king amachree university cotonou, Benin.