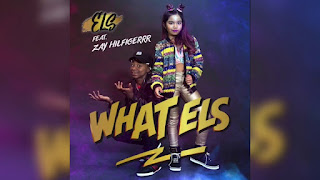 Indonesia, a Southeast Asian nation native ELISΛKH HΛGIΛ better known as ELS now residing in Hollywood, California releases the official music video a hit hip hop song featuring Zay Hilfiger. Zay Hilfiger is known for his global smash “Juju On That Beat”. "What Els" is a Hip-hop/rap radio track that is spreading like wildfire. ELS favorite saying is My blood contains of music. Watch out for more from ELISΛKH HΛGIΛ better known as ELS.
Posted by Jermaine McClinton at 10:19 PM